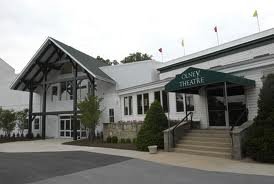 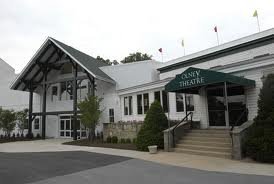 The Olney Theatre Center is a professional, regional theater located about 12 miles north of Washington, D.C. in Montgomery County, Maryland. The center sits on 14 acres of land and currently includes three indoor theaters and an outdoor arena.

If you’re interested in seeing a production at this award-winning theater, use Affinity Airport Sedan for your transportation there. We’ll pick you up, so instead of battling traffic, you can sit back, relax, and enjoy the show!

History of the theater

Olney Theatre Center was founded in 1938 on the site of an old roller-skating rink in rural Maryland. In 1946, the theater opened featuring well-known actors and staging five shows annually, during summers only. And in 1949, the theater launched its touring company, National Players, to bring live theater to audiences, both in the states and abroad.

Olney quickly grew in popularity and became a critically acclaimed theater, turning its first financial profit in 1956. In 1978, it was announced as the official State Summer Theater of Maryland.

This year marks the theater’s 75th anniversary. Today, the center boasts an amphitheater, which is now home to its annual Summer Shakespeare Festival. And Olney’s New Mainstage theater is complete with stadium seating and advanced technical capabilities.

The theater produces a wide array of diverse shows each season that include American classics, original plays, and musical theater. It also offers post-show discussions, educational programs, and workshops for students, teachers, and professionals. In addition, the theater is still home to the National Players, the country’s oldest classical touring company that’s performed in over 25 states, several countries, and at several White House receptions.

If you like the theater, make sure to check out a show at the Olney Theatre Center while you’re in town. And with a wide range of restaurants close by, it’s a great idea to make a night of it. Just call Affinity for your transportation needs. We’ll drop you off for the show and pick you up after dinner, so all you have to do is enjoy your night out!

I’ve used Affinity on four different round trips to the airport. Jody is polite, on time, and most important, is a safe driver. When I’m relaxing or working on a trip to or from the airport, I don’t need to be in a NASCAR race or be ducking from near misses. Jody is an excellent driver. The van is clean and new. When I reserve a ride home from the airport, he has always arrived a couple minutes after I call to let him know I’ve arrived – never leaves me waiting. All this, and the price is a bit … END_OF_DOCUMENT_TOKEN_TO_BE_REPLACED