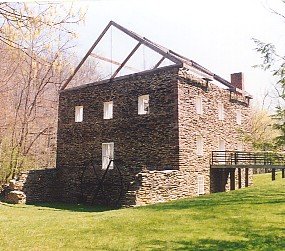 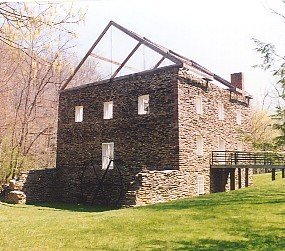 Black Rock Mill is located right at the middle of Seneca State Park and Greenway Trail. It is a good place for exploration. There are barely any urbanized amenities for several miles in either direction of the Mill. Lake Clopper is more than five miles north while the Visitor Center is roughly six miles away. The Chesapeake and Ohio Canal is 7.2 miles long and runs south. You can also see a few houses and only a few people visit this area since the Greenway trail is relatively new.

The mill is adjacent to Black Rock Road

west of Darnestown. It is among Montgomery County’s historic and beautiful landmarks. The mill’s gearing equipment can still be found hanging inside the ancient and now roofless building. Many years ago, there was a steady supply of water coming from a dam situated 200 feet upstream. But the dam does not exist anymore although high water marks can still be seen on the inner portion of the walls. The partitions made of black rock quarried across Seneca Creek still remain. You can also find a circular saw blade dating back to the refinery functioned as a saw mill.

Visitors can see the figures “1815” engraved on a stone in the wall. This was the year when Thomas Hilleary constructed Black Rock Mill. However, the facility did not function until the following year. It was a three-story stone structure with millstones on the second floor. Bags of raw grain and corn were lifted by pulley to the upper level. The grain was then poured down funnels and chutes to the millstone grinder. The 50-yard channel that provides water for the mill wheel still exists.

Thomas Hilleary died in 1844 and Charles Mansfield took over operations of Black Rock Mill until 1861 when it was acquired by Nicholas Offutt. Nicholas passed away in 1894. The mill was sold again in 1895 and remained operational until 1920 when floods destroyed the dam along Seneca Creek and damaged the facility. Saw wood from Black Rock Mill was used in building many houses and commercial buildings in Germantown.

The miller’s house was built on elevated terrain but it burned down in 2001. It was rebuilt but the historic portions of the edifice were gutted by the fire. In the 1970s, the mill and a large part of the land along the creek were acquired by the state government in line with the environmental protection plan for Seneca Creek. It is now a component of Seneca Creek State Park.

If you want to go to Black Rock Mill and to the airport at the end of the day, call Affinity Airport Sedan. Our professional car service will pick you up and get you were you need to be.

I’ve used Affinity on four different round trips to the airport. Jody is polite, on time, and most important, is a safe driver. When I’m relaxing or working on a trip to or from the airport, I don’t need to be in a NASCAR race or be ducking from near misses. Jody is an excellent driver. The van is clean and new. When I reserve a ride home from the airport, he has always arrived a couple minutes after I call to let him know I’ve arrived – never leaves me waiting. All this, and the price is a bit … END_OF_DOCUMENT_TOKEN_TO_BE_REPLACED