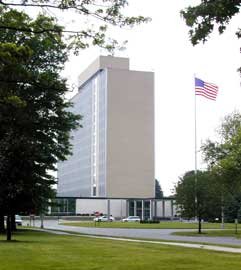 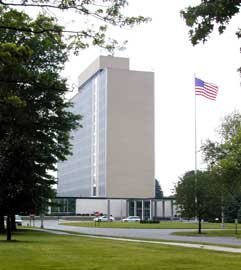 Watkins Mill is a small settlement in Montgomery County, Maryland. The population is quite small but the place is well-known mainly because of the water-powered grist mill. It has been located in Seneca Creek since 1783 on Grey’s Neck Property owned by Adin Grey. During the middle of the 19th century, it was operated by Levi Snyder and later by Remis Snyder. The road was known as Snyder’s Mill Road. In 1877, Levi Watkins purchased the grain mill powered by a wheel running on two pairs of stones. Unfortunately, this was destroyed by fire in 1908. The miller’s house

also burned down in 1920. Watkins Mill used to be situated near the mill race on the creek’s north bank.

Whether you want to stroll around Watkins Mill or get a ride back to the airport at the end of your stay, call Affinity Airport Sedan. Our professional car service will pick you up and get you were you need to be.

Now, development has overtaken the Watkins Mill area. It is a 40-acre mixed use development at Gaithersburg right on the crossroads of Watkins Mill Road and MD Route 355. It is described as The Spectrum. The hub is found in the heart of a big employment district anchored by , IBM, Lockheed Martin, DRS Technologies, Professional Drive Office Park, US Humane Society, and National Institute of Standards and Technology.  A huge Costco Warehouse Club lies across MD 355 in the vicinity.

This miscellaneous urban center includes an entertainment component sprawled beside a seven-acre nature sanctuary. The Performers Park features a massive splash pad fountain and permanent platform for performances and events. Restaurants are also included in the plan. There will also be outdoor patios facing the park for outdoor dining purposes. Other projects that have been envisioned consist of the Gaithersburg Senior Center and Montgomery County Sixth District Police Station.

will be part of the bigger Watkins Mill Town Center. It will include 4.5 million square feet of corporate offices, plush hotels, fine dining restaurants, and retail shops. There will be over 2,200 single detached and apartment units. In short, the plan is a combination of commercial and residential units.

If you’re planning a trip to Watkins Mill, or to any other town in DC, call Affinity Airport Sedan. Our exclusive shuttle service is the easiest, most reliable way to get you around.

I’ve used Affinity on four different round trips to the airport. Jody is polite, on time, and most important, is a safe driver. When I’m relaxing or working on a trip to or from the airport, I don’t need to be in a NASCAR race or be ducking from near misses. Jody is an excellent driver. The van is clean and new. When I reserve a ride home from the airport, he has always arrived a couple minutes after I call to let him know I’ve arrived – never leaves me waiting. All this, and the price is a bit … END_OF_DOCUMENT_TOKEN_TO_BE_REPLACED