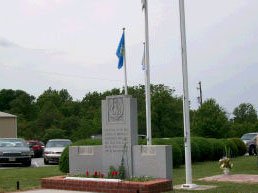 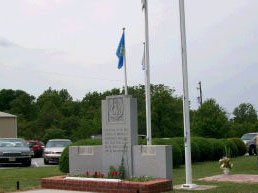 Damascus is a small town located right in the middle of Ridge and Damascus Roads in Montgomery, Maryland. It is the most elevated point in this county. Affinity Airport Sedan has a professional car service that can pick you up from the airport and bring you to Damascus hassle-free.

This town was given by the State of Maryland as a grant to Nathaniel Pigman in 1783. Edward Hughes, a veteran of the War of 1812, purchased roughly 40 acres of this grant and subdivided the lots for sale to interested buyers. Four years after, former United States President James Madison designated Hughes as postmaster of Damascus. Settlers from Anne Arundel County and Montgomery flocked to the locality during this time.

The town was incorporated in 1890 but this incorporation was withdrawn in 1914 so that the Old Quaker Road could be reconstructed into a state highway. This road used to be a vital thoroughfare in Maryland even before the Revolutionary War. It was one of the primary market rods and a major route from Frederick town to Annapolis. Damascus remained as a commercial center for bucolic communities but has undergone extensive development since then. Damascus has retained its rural atmosphere despite the massive urban development and growing population.

The Damascus Community Agricultural Fair has been a main fixture in the town since 1940. It fascinates thousands of visitors every September. Collegiate 4-H clubs continue to flourish. In fact, three brand new equestrian facilities opened within five miles of the business district of Damascus during the past decade.

The Damascus Heritage Society Museum opened In November of 2009. It is housed in a small structure at the back of the public library. The gallery is opened daily from noon time until 5 pm every Wednesdays and Saturdays. Interest groups can also arrange special bookings provided each group is made up of 10 or more individuals. The society is very much involved in cultural preservation efforts. Damascus High School has gained prominence throughout the country for fielding championship caliber athletes in national competitions. The Damascus Sports Associations maintains a well-managed and fully-funded athletic program for the youth of the town. It is one of the few schools in the entire State where graduation ceremonies are still held in the football field.

If you need a ride from the airport while visiting the Damascus area, call Affinity Airport Sedan right away.

I’ve used Affinity on four different round trips to the airport. Jody is polite, on time, and most important, is a safe driver. When I’m relaxing or working on a trip to or from the airport, I don’t need to be in a NASCAR race or be ducking from near misses. Jody is an excellent driver. The van is clean and new. When I reserve a ride home from the airport, he has always arrived a couple minutes after I call to let him know I’ve arrived – never leaves me waiting. All this, and the price is a bit … END_OF_DOCUMENT_TOKEN_TO_BE_REPLACED