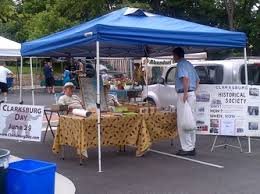 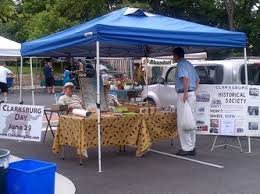 Clarksburg lies at the northern side of Montgomery County in Maryland right off of Interstate 270. To be exact, it is at the junction of the primary road between Frederick and Georgetown as well as the Old Seneca Trail. Discover Clarksburg and avoid the hassle of driving through traffic. Call Affinity Airport Sedan and make early bookings. We will do the driving so you can enjoy the ride and have a good time.

One of the first dwellers of Clarksburg was Michael Ashford Dowden. He received a government grant in 1752 for 40 acres from the colonial government. This place was called “Hammer Hill.” Two years later, he secured permission to build an inn which became a postscript in history. It was the meeting place between members of the “Sons of Liberty” during the American Revolution. Before this, British General Edward Braddock stayed here during the French and Indian War. President Andrew Jackson took dinner in this tavern on the way to his inauguration. The town was named after an American fur trader John Clarke in 1813. By 1875, Clarksburg was a key town in Montgomery with the construction of the Baltimore and Ohio railroad.

The Montgomery County Planning Commission made a decision that Clarksburg would be the last town (next to Interstate 270) that would undergo development. The council formulated a master plan in 1968 for rezoning. The land was used for townhouses and single units. It came up with another plan in 1994 which included retail outlets. However, it took almost two decades before the actual ground breaking. For the past 13 years, there has been significant growth within Clarksburg. Developers build a new town center right beside the historic hub. Montgomery county officials are planning to construct a large supermarket, amphitheater, library, park, and medical facilities. A number of parks and schools were developed to have room for more expansion. The Clarksburg Town Center farmers Market is open every Sundays from 10 in the morning until 1 in the afternoon. This is a seasonal marketplace that sells local farm-fresh produce from the months of June to November. Visitors can join historic walking tours, visit the famous animal hospital or free trackless train rides during Clarksburg every June. If you have scheduled a trip to Clarksburg or any other town in Montgomery County, get in touch with Affinity Airport Sedan right away. It is the exclusive shuttle service which allows you to stroll around comfortably and safely.

I’ve used Affinity on four different round trips to the airport. Jody is polite, on time, and most important, is a safe driver. When I’m relaxing or working on a trip to or from the airport, I don’t need to be in a NASCAR race or be ducking from near misses. Jody is an excellent driver. The van is clean and new. When I reserve a ride home from the airport, he has always arrived a couple minutes after I call to let him know I’ve arrived – never leaves me waiting. All this, and the price is a bit … END_OF_DOCUMENT_TOKEN_TO_BE_REPLACED