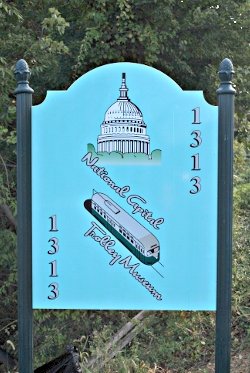 Take a trip to the National Capital Trolley Museum 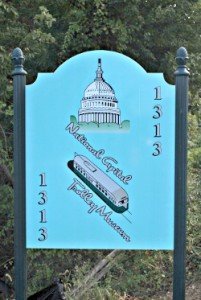 Long before the D.C. region knew about subways or segways, people got around on streetcars. As such, the National Capital Trolley Museum works to preserve the history of this often forgotten mode of transportation. Located in Colesville, MD, this interactive museum lets guests get a look at domestic and international streetcars and even ride a real, working trolley.

Thinking about visiting the National Capital Trolley Museum? We’ll give you a lift! Affinity Airport Sedan is the premiere car service in the D.C. area. So whether you need a ride to the trolley museum or the airport, just call Affinity!

About the National Capital Trolley Museum

The National Capital Trolley Museum is a non-profit organization founded in 1959 – when the District decided to end its streetcar service – to operate retired D.C. trolleys for the public. Ten years later, the museum opened and operated its very first streetcar.

Toady, the museum owns sixteen streetcars that operated in the United Sates – particularly in Washington, D.C. – and in cities as far away as Berlin and Brussels.

The museum’s most popular attraction is its Demonstration Railway. Streetcars leave the museum from the Dispatcher’s Desk and pass Street Car Hall and the Maintenance Barn on their one-mile routes. Another exhibit highlights how important both streetcars and movie theaters were in the early 20th century by displaying silent films, featuring actor Harold Lloyd, in its own small theater. In Street Car Hall, you can find seven or more streetcars on display, including the collection’s oldest, from 1898. And the Street Car Communities exhibit shows how streetcars worked in local communities and includes a model of the streetcar line in Chevy Chase, MD – one of the nation’s first suburban streetcar systems.

We hope you enjoy unlimited trolley rides at the National Capital Trolley Museum. And for a ride there – or anywhere in the D.C. metro region – you can’t go wrong calling Affinity Airport Sedan. We’re happy to pick you up!

I’ve used Affinity on four different round trips to the airport. Jody is polite, on time, and most important, is a safe driver. When I’m relaxing or working on a trip to or from the airport, I don’t need to be in a NASCAR race or be ducking from near misses. Jody is an excellent driver. The van is clean and new. When I reserve a ride home from the airport, he has always arrived a couple minutes after I call to let him know I’ve arrived – never leaves me waiting. All this, and the price is a bit … END_OF_DOCUMENT_TOKEN_TO_BE_REPLACED