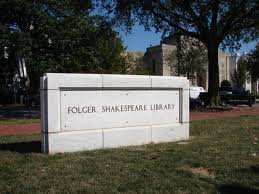 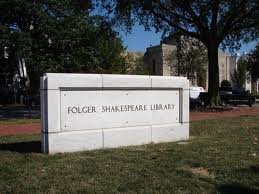 Located on Capitol Hill in Washington, D.C., the Folger Shakespeare Library is an independent research library. It boasts the largest collection of works by William Shakespeare and has been open to the public since 1932.

Learn all there is to discover at the Folger Shakespeare Library. Visit for yourself while you’re in the D.C. area. And for a ride there, schedule a pick up with Affinity Airport Sedan. We’ll do the driving so you don’t have to!

About the Folger Shakespeare Library

The Folger Shakespeare Library was established by Henry Clay Folger, a businessman who avidly collected works of Shakespeare. When searching for the perfect location for his library, he chose an area adjacent to the Library of Congress and had to spend years buying the homes that occupied that space. Folger died soon after the library’s cornerstone was laid in 1930, but his wife, Emily, saw the project to completion. The library officially opened on April 23, 1932, on what is considered the anniversary of Shakespeare’s birth.

The Folger Shakespeare Library was constructed with a white marble exterior, and slightly raised sculptures of Shakespearian scenes appear on the building’s sides. The interior design is a Tudor style, complete with plaster ceilings and oak paneling. The grounds even feature an Elizabethan garden with plants mentioned in Shakespeare’s plays or those that were common in his time.

The library has over 300,000 books and manuscripts, along with countless other artifacts, like playbills, prints, and photos. In addition to Shakespeare, it’s also home to other English works and houses the world’s third largest collection of pre-1641 English books.

Areas of the Folger Shakespeare Library that are open to the public include its Elizabethan theatre, an exhibition gallery, and a gift shop. And the library frequently holds artistic and cultural programs, including theatrical performances, concerts, poetry, lectures, and exhibits.

Soak in all of the culture the Folger Shakespeare Library has to offer. And for a ride there, just schedule a pick up with Affinity Airport Sedan!

I’ve used Affinity on four different round trips to the airport. Jody is polite, on time, and most important, is a safe driver. When I’m relaxing or working on a trip to or from the airport, I don’t need to be in a NASCAR race or be ducking from near misses. Jody is an excellent driver. The van is clean and new. When I reserve a ride home from the airport, he has always arrived a couple minutes after I call to let him know I’ve arrived – never leaves me waiting. All this, and the price is a bit … END_OF_DOCUMENT_TOKEN_TO_BE_REPLACED