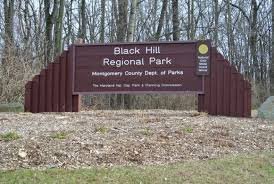 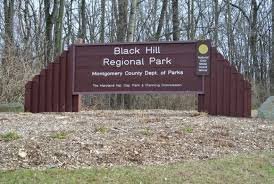 Boyds is a community in Montgomery, County Maryland. It is situated north of Washington, DC. The area was named after an immigrant from Scotland named Colonel James Alexander Boyd. He was an engineer for the B&O Railroad System. If you’d like to explore Washington, D.C. and experience all Boyds has to offer, chances are you need a ride there. Just call Affinity Airport Sedan!  Committed to providing excellent transportation services in the DC Metro area including Maryland and Virginia.

Colonel James Alexander Boyd constructed a transient village for workers of the Baltimore and Ohio railroad line service in 1873. A few stores and flour mill were built after the rail station opened. The B&O also opened a station in 1887 but tore it down in 1927 for the construction of a second track. A station made of timber was built as a substitute. However, this was eventually demolished. Colonel Boyd put up dairy farms in the town and lived there until his death in 1896. The first store did not only sell general merchandise but also served as a gathering place for residents. Another store was built across the street in 1895. It accommodated the general store and post office on the first level and the town hall with a dance area on the second. This was demolished in the early 1940s. The third store became the Boyds Country Market. It was located on Barnesville Road near the spot of the old town hall. It was constructed by Will Williams in 1933. The first two establishments along with the town hall, old Hoyle’s Mill, and hardware store were all razed to the ground when the area was developed. The post office used to be situated at the back of the country store until 1974. It was transferred to a new structure on Barnesville road until the present day.

In the beginning, Boyds was primarily a rural area. However, the population grew rapidly after the year 2000. Big residential units like the Vistas were put up near the junction of Route 118 and Richter Farm Road. These replaced the agricultural lands and wooded areas throughout Germantown and Clarksburg adjacent to sections of this town. Today, The Black Hill Regional Park and Visitor Center are among the frequently visited places in Boyds. There are nature exhibits and video presentations that promote the community’s natural environment and history. Visitors and local residents can also indulge in activities such as hiking, biking, and other outdoor activities. Families can go on weekend picnics while kids have the chance to enjoy the spacious playgrounds. Absorb all the culture and history of Boyds. And for a ride, just call Affinity Airport Sedan.

I’ve used Affinity on four different round trips to the airport. Jody is polite, on time, and most important, is a safe driver. When I’m relaxing or working on a trip to or from the airport, I don’t need to be in a NASCAR race or be ducking from near misses. Jody is an excellent driver. The van is clean and new. When I reserve a ride home from the airport, he has always arrived a couple minutes after I call to let him know I’ve arrived – never leaves me waiting. All this, and the price is a bit … END_OF_DOCUMENT_TOKEN_TO_BE_REPLACED