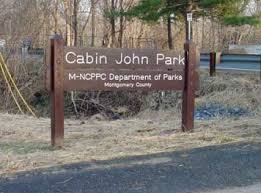 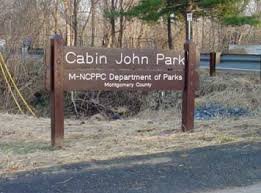 Flanking the Potomac River, Cabin John is a forested community composed of approximately 900 homes on the western side of Bethesda, Maryland. Apart from the residential units, you can find small businesses offering professional services and lots of restaurants. There are several markets, a beauty salon, a dry cleaner, a post office, and a neighborhood swimming pool.

If you’d like to go to Cabin John, call Affinity Airport Sedan for a ride. Allow our reliable and professional car service drive so that you can relax and enjoy.

Settlers started coming to Cabin John during the 19th century when the Chesapeake and Ohio Canal was under construction. Slowly, the population increased with the building of the Washington Aqueduct in the 1850s. In 1912, the American Land Company purchased a large parcel of land in Cabin John and sub-divided it into residential lots. The Cabin John Park Citizens Association was established in 1919 and embarked on improving basic services like more efficient mail delivery, street lighting and telephone service.

Constructed by the federal government in the 1940s, Cabin John Gardens was made up of 100 houses along MacArthur Boulevard. However, the Government in 1956 sold these properties to a cooperative housing project called the Cabin John Gardens. The first issue of the “The Village News” came out in 1967. From a mere mimeo sheet, the publication evolved into a printed newsletter with eight pages.

The Crab Feast began in 1964 initially to raise funds for the Cabin John Home Study Program. This volunteer organization was created to help African-American kids that studying in integrated public schools. The first Crab Feast took place at the garden of Bill White’s house at 21 Carver Road. In 1990, the celebration was transferred to the Clara Barton Community Center. Since then, the festivity has become the biggest community event. It is celebrated every first Saturday following Labor Day. It attracts kids, teenagers and grown-ups for games, music and special entertainment.

The Citizens Association takes the lead in the yearly Crab Feast as well as a family-oriented get-together every December. This has earned the support of numerous Cabin John merchants. The Cabin John Regional Park in Montgomery County is a fusion of recreation, nature and sports. The park maintains athletic fields which include the lovely Shirley Povich Field. It has an ice-skating rink, indoor and outdoor tennis courts, picnic areas, hiking trails, and camp sites. Children can take pleasure in summer ball games and a miniature train that traverses the park. Enjoy the fresh atmosphere of Cabin John. For a ride there, call Affinity Airport Sedan.

I’ve used Affinity on four different round trips to the airport. Jody is polite, on time, and most important, is a safe driver. When I’m relaxing or working on a trip to or from the airport, I don’t need to be in a NASCAR race or be ducking from near misses. Jody is an excellent driver. The van is clean and new. When I reserve a ride home from the airport, he has always arrived a couple minutes after I call to let him know I’ve arrived – never leaves me waiting. All this, and the price is a bit … END_OF_DOCUMENT_TOKEN_TO_BE_REPLACED