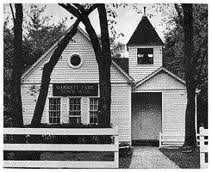 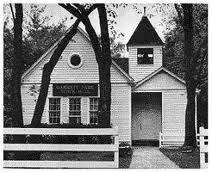 Garrett Park is a town in Montgomery County of Maryland. The name came from Robert W. Garrett, a former president of the Baltimore and Ohio Railroad. It is located along the former Baltimore and Ohio railway corridor, which is being used by AMTRAK, MARC Metro System and CSX Corporation. If you plan to visit Garrett Park, just call Affinity Airport Sedan to pick you up from any airport in DC.

A businessman, Henry W. Copp, purchased this land in 1886 for a suburban development project patterned after a typical village in England. The streets were named after prominent English authors like William Strathmore and Walter Scott. Commercial development was limited and even today, only one store operates in Garrett Park. Another developer constructed 50 residential units in 1920.

In May of 1982, Garrett Park voted 245 to 46 to prohibit the production, transportation, storage, processing, disposal, and use of nuclear weapons within the town. It became the first nuclear weapons-free zone in the country. The town is ideal for those who love to take a relaxing walk along the dappled streets or simply relax during cool afternoons. Your tour of Garrett Park should start downtown at Penn Place, which lies at the crossroads of Waverly and Rokeby. However, the city center is made up of only a few business offices, a post office, a market, and a beauty salon. It is roughly 200 yards away from the Rock Creek Park bike trail. The coffee shop is a favorite hub for locals after biking, walking or running, especially during weekends.

The most remarkable thing about Garrett Park is the architectural variation of houses. Some structures are primarily Victorian, with colorful steeples that point toward the sky as well as nice winding balconies. On the other end are small “Chevy” domiciles constructed in the 1920s. These were named “Chevy” since the homes were sold with brand new Chevrolet automobiles in the driveways. There are also a variety of styles such as bungalow, ranch, colonial, stone cottage, Cape Cod, Swiss Chalet, and Sears Catalog farm houses. Some of these abodes are 100 years old or more. The town hall on Kenilworth Avenue used to be a chapel and is now a beautiful edifice meant for social and civic functions.

You will certainly relish your time in Washington DC and, of course, Garrett Park. For a ride there, call Affinity Airport Sedan for early bookings.

I’ve used Affinity on four different round trips to the airport. Jody is polite, on time, and most important, is a safe driver. When I’m relaxing or working on a trip to or from the airport, I don’t need to be in a NASCAR race or be ducking from near misses. Jody is an excellent driver. The van is clean and new. When I reserve a ride home from the airport, he has always arrived a couple minutes after I call to let him know I’ve arrived – never leaves me waiting. All this, and the price is a bit … END_OF_DOCUMENT_TOKEN_TO_BE_REPLACED