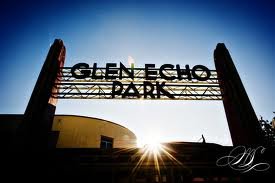 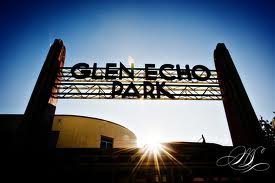 Maryland’s Glen Echo Park is a primary arts and cultural center managed by the Glen Echo Park Partnership for Arts and Culture and the County’s National Park Service. It was developed initially in 1891 as the National Chautauqua Assembly but functioned as an amusement park until 1968. The park is now one of the most animated community arts centers in the DC area where there are numerous classes and workshops for the visual and performing arts. It is famous for the historic Denzel carousel, Spanish Ballroom, public carnivals, Family Day and Washington Folk Festival.

Learn all there is to discover at the Glen Echo Park. For a ride there, schedule a pick-up with Affinity Airport Sedan. The premier transportation service in the DC, Maryland, and Virginia region. We’ll do the driving so you don’t have to worry about your trip!

The Baltzley brothers (Edwin and Edward) were responsible for incorporating the National Chautauqua of Glen Echo in February 24, 1891. These architects, industrialists, and real estate developers planned the uptown developments and constructed this cultural fortress to complement their real estate ventures. Unfortunately, the brothers’ businesses became mired in liabilities after just one year. The Chautauqua location was mortgaged and financial difficulties started to pile up. In addition, rumors spread throughout DC that Glen Echo was plagued with malaria. The site was converted into an amusement park in the early 20th century and operated until the late sixties. However, attendance went down significantly and it was forced to close down in 1968.

In 1971, Glen Echo Park became part of the National Park Service. Refurbishment took place and was supported by government funds and individual donations. The Spanish Ballroom and Arcade building where art classes are held were spruced up. The carousel and children’s theaters remain an attraction for residents in Glen Echo and Bethesda.

Today, the park boasts of activities throughout the year in the fields of visual arts, theater, dance and environmental education. Some of the most popular shows at Glen Echo include weekly dance performances at the Spanish ballroom. These are sponsored by the Discovery Creek Children’s Museum with shows by Adventure Theater and Puppet Company. At the same time, there are special events for families such as the Labor Day Art Show and Family Day.

Visitors and locals are welcome to enjoy all the fun and culture at Glen Echo Park. For your ride, simply schedule a pick-up with Affinity Airport Sedan.

I’ve used Affinity on four different round trips to the airport. Jody is polite, on time, and most important, is a safe driver. When I’m relaxing or working on a trip to or from the airport, I don’t need to be in a NASCAR race or be ducking from near misses. Jody is an excellent driver. The van is clean and new. When I reserve a ride home from the airport, he has always arrived a couple minutes after I call to let him know I’ve arrived – never leaves me waiting. All this, and the price is a bit … END_OF_DOCUMENT_TOKEN_TO_BE_REPLACED