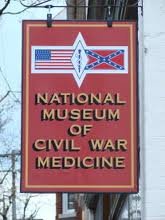 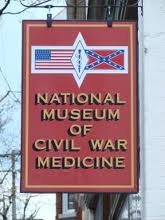 Located in Frederick, Maryland, the National Museum of Civil War Medicine is a historic institution devoted to surgical, medical, and nursing practices during the Civil War.

If you’re interested in uncovering what medicine and healing were like during this time, plan a visit to the National Museum of Civil War Medicine to learn more. And for a ride there, just schedule a pick-up with Affinity Airport Sedan. Our reliable ground transportation service can drop you off and pick you up. Don’t worry about navigating D.C.-area traffic. Just call Affinity!

History of the museum

The National Museum of Civil War Medicine was originally suggested by a private collector, Dr. Gordon E. Damman, whose focus was on Civil War era medical relics. The museum was established in 1990 and opened to public guests in 1996.

The museum’s goal was to convey what Civil War medicine was like in a way that soldiers would have experienced it. So the museum’s galleries were organized to begin with soldier recruitment, and they progressed to detail aspects of life in camp, field hospitals, evacuating the wounded, and even embalming deceased soldiers. Original features included an authentic Confederate ambulance, amputation kits, a 19th century holding coffin, and countless other medical items.

Its Frederick location has been key to the museum’s success. Many Civil War buffs frequent the area each year, as it’s within a half-hour’s drive from five different significant Civil War battlefields.

In addition to surveying the Civil War era, the museum touches on important aspects of American history, like the progress of the medical field and the role of Blacks, women, and children during the war. It strives to make the narrative of the Civil War a personal one by telling the stories of individuals – doctors, surgeons, nurses, soldiers, and volunteers – who played a part in this stage of our nation’s history.

The museum is open seven days a week.

Visit Frederick to explore this part of our nation’s history for yourself. And for a ride there, just call Affinity!

I’ve used Affinity on four different round trips to the airport. Jody is polite, on time, and most important, is a safe driver. When I’m relaxing or working on a trip to or from the airport, I don’t need to be in a NASCAR race or be ducking from near misses. Jody is an excellent driver. The van is clean and new. When I reserve a ride home from the airport, he has always arrived a couple minutes after I call to let him know I’ve arrived – never leaves me waiting. All this, and the price is a bit … END_OF_DOCUMENT_TOKEN_TO_BE_REPLACED