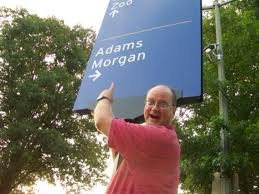 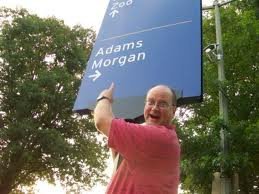 Adams Morgan is a neighborhood located in the northwest quadrant of Washington, D.C. that’s centered at the intersection of 18th Street and Columbia Road. The area is well known for its bustling nightlife. If you’d like to explore Washington, D.C. and experience all Adams Morgan has to offer for yourself, chances are you’ll need a ride there. Just schedule a pick up with Affinity Airport Sedan! We’ll do the driving so you don’t have to worry about parking or fighting D.C. traffic to get there.

Adams Morgan has been a diverse area since its creation. The name Adams Morgan was chosen because it combined the names of two segregated elementary schools in the area — one black and one white. During desegregation in the late 50s, the neighborhood was formed to encompass both schools and their communities. By the 60s, many immigrants from El Salvador, Guatemala, and Central America began settling in the area. And African, Asian, and Caribbean residents soon followed. As a result, Adams Morgan is one of the District’s most diverse areas with an array of international stores and restaurants. In fact, over 30 nations are represented in the neighborhood’s public schools.

Adams Morgan is a hugely popular place for nightlife, with numerous bars, clubs, and restaurants and an abundance of live music. It’s always a lively place to find a bit of weekend fun. In addition, the area holds an annual Adams Morgan Day Festival, a street celebration complete with live entertainment, foods, and crafts. And on Saturdays, residents enjoy a neighborhood farmers market that offers fresh, organic foods and flowers. It’s been in operation for over 30 years. The neighborhood has also had its share of fame. A handful of movies and TV series have had scenes shot in the area, including Showtime’s Homeland and 2010 film How Do You Know. Visit the thriving area of Adams Morgan for yourself. And for a reliable ride to all of the fun, just call Affinity!

I’ve used Affinity on four different round trips to the airport. Jody is polite, on time, and most important, is a safe driver. When I’m relaxing or working on a trip to or from the airport, I don’t need to be in a NASCAR race or be ducking from near misses. Jody is an excellent driver. The van is clean and new. When I reserve a ride home from the airport, he has always arrived a couple minutes after I call to let him know I’ve arrived – never leaves me waiting. All this, and the price is a bit … END_OF_DOCUMENT_TOKEN_TO_BE_REPLACED