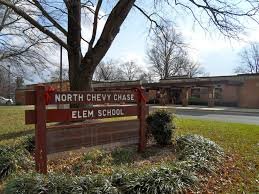 North Chevy Chase is a small village in Montgomery County, Maryland , which was incorporated in 1996. Try to visit the place if you are taking a trip to DC. Just call Affinity Airport Sedan to pick you up from any airport in the area.

North Chevy Chase Village was one of the earliest land grants in the Potomac area. The patent was awarded in 1698. Overall, the 1,400-acre lot extended to Rock Creek on the north and eastern portions, westward to Bethesda, and south toward Chevy Chase Circle. Clean Drinking Manor was named after the spring that remains bubbling to this very day. According to historical accounts, George Washington drank from these waters and wrote in his diary, “Tarried for a thankful rest at Clean Drinking’s hospitable hearth.” Early expansion started during the early 20th century when William H. Walker started developing the community and began selling lots to the people. Residents incorporated the community into a special tax district in 1924.

North Chevy Chase is made up of over 200 single-family residences, along with a few religious chapels and commercial establishments. Among the familiar sights are Howard Hughes Institute and North Chevy Chase Elementary School across Jones Bridge Road. A short distance from the village is Woodend Nature Sanctuary, which is managed by the Audubon Naturalist Society. The nature reserve features a field of wildflowers, foot trails, and an aquatic pond. Architect John Russell Pope designed the structure sometime in 1920 for Captain and Mrs. Chester Wells. The Wells Family donated the Mansion to the Audubon Naturalist Society in 1968. It is currently listed in the National Register of Historic Places and the Montgomery County Plan for Historic Preservation.

The community also has a swimming pool and membership recreation association open to local residents. The Trolley Museum (Maryland Northwest Branch Park) is nearby. The museum opened to the public in 1969 with the aim of preserving and interpreting the history of Washington’s electric street railways. The museum showcases 17 streetcars from Washington DC and other neighboring cities. These cars run on a one-mile demonstration railway. There is also an O-scale model layout that depicts a Washington streetscape from the 1930s. Visitors can watch a documentary film as well as traditional exhibits of street railway artifacts and photographs.
If you’re planning a trip to North Chevy Chase, or to any other town in DC, call Affinity Airport Sedan. Our exclusive shuttle service is the easiest, most reliable way to get you around.

I’ve used Affinity on four different round trips to the airport. Jody is polite, on time, and most important, is a safe driver. When I’m relaxing or working on a trip to or from the airport, I don’t need to be in a NASCAR race or be ducking from near misses. Jody is an excellent driver. The van is clean and new. When I reserve a ride home from the airport, he has always arrived a couple minutes after I call to let him know I’ve arrived – never leaves me waiting. All this, and the price is a bit … END_OF_DOCUMENT_TOKEN_TO_BE_REPLACED