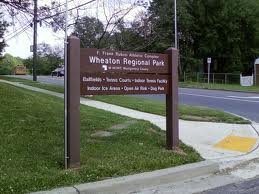 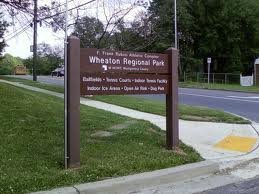 remember Affinity Airport Sedan. We will pick you up on time and get you where you need to be.

Wheaton was originally a business district called Leesborough back in 1826. The first road known as Brookeville Pike and later as Union Turnpike is now MD Route 97 (Georgia Avenue). It is a north and south thruway that runs from DC to Brookeville and finally to Baltimore, Maryland. The second boundary is Veirs Mill Road (MD Route 586). This led to a grist mill built on Rock Creek by Samuel Clark Veirs in 1838. The longer access road goes west to Rockville, Maryland, the Potomac River and Virginia using ferry crossings. The third boundary is the Old Bladensburg Road (MD Route 193 in University Boulevard). The road is linked to Georgetown, Bethesda, Chevy Chase, Kensington, Wheaton, Silver Spring, and Bladensburg. The business district was called Mitchell’s Crossroads in the 1860s because Mitchell’s Tavern was located at the northeast corner of Union Turnpike. The pub survived up until 1940 before it was destroyed by fire.

The Wheaton Regional Park is a nature center and picnic facility. It has riding stables, a dog park, ice rink, carousel, and a mini train. Brookside Gardens is the heralded 50-acre public garden in Montgomery County. Massive development took place in the fifties following the return of WWII vets. A decade later, the Wheaton Plaza shopping center was the biggest in Maryland. Wheaton is also home to the Wheaton Regional Public Library.

The town has the highest elevation in the DC area which is why it acquired the first TV network license in the entire United States.

Wheaton, together with Bethesda and Silver Spring, is one of the Arts and Entertainment Districts in the County to receive honors. It provides support for local artists. And developers that create spaces for artists to live and work can be excused from paying certain property taxes on the value of renovations for up to 10 years. Enjoy the attractions of Wheaton. For a ride there, call Affinity Airport Sedan.

I’ve used Affinity on four different round trips to the airport. Jody is polite, on time, and most important, is a safe driver. When I’m relaxing or working on a trip to or from the airport, I don’t need to be in a NASCAR race or be ducking from near misses. Jody is an excellent driver. The van is clean and new. When I reserve a ride home from the airport, he has always arrived a couple minutes after I call to let him know I’ve arrived – never leaves me waiting. All this, and the price is a bit … END_OF_DOCUMENT_TOKEN_TO_BE_REPLACED