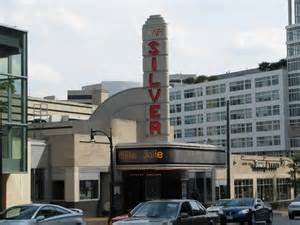 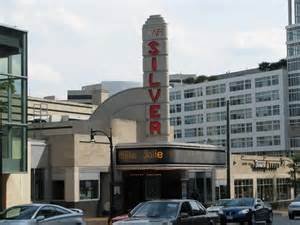 Most D.C. area visitors don’t come to the nation’s capital to go to the movies. But the AFI Silver Theatre and Cultural Center is no typical movie house. Located in Silver Spring, MD, this state-of-the-art moving image exhibition places a special emphasis on exploring cultures from around the globe and showcasing the richness of both American and world cinema.

Planning a night out in Silver Spring? Enjoy one of the films playing at AFI, have dinner nearby, and call Affinity to get you there! Affinity Airport Sedan offers personal, reliable ground transportation throughout the Washington region. So whether you need a ride to the theater, the airport, or any number of stops in between, you can’t go wrong with Affinity.

About the AFI Silver Theatre

The Silver Theatre originally opened its doors in 1938. The one-screened theater thrived for decades in the heart of downtown Silver Spring. However, by the ‘80s, the theater – and much of its surrounding commercial district – was in ruins. But a 1984 effort to preserve the theater’s historic value changed all that. And after nearly 20 years of restoration efforts, the theater reopened in 2003, under the ownership of the L.A.-based American Film Institute.

Because a large percentage of our ideas about art, history, human phycology, relationships, and science discovery come from watching movies, the AFI Silver Theatre works to examine this phenomenon. As such, the theater shows a wide variety of film, which it supplements with director interviews, discussions, panels, and special events.

Today, more than 200,000 film-lovers visit the three-screened theater each year to watch some of the world’s most critically acclaimed art-house, classic, and mainstream movies. As the most technically advanced theater in North America, the AFI Silver Theatre can present features on numerous different film formats and offers the highest-quality digital cinema video projection.

So if you’re in the mood for movies, you’re sure to see something sensational at AFI’s Silver Theatre. And for rides to and from the show, you can always rely of Affinity Airport Sedan.

I’ve used Affinity on four different round trips to the airport. Jody is polite, on time, and most important, is a safe driver. When I’m relaxing or working on a trip to or from the airport, I don’t need to be in a NASCAR race or be ducking from near misses. Jody is an excellent driver. The van is clean and new. When I reserve a ride home from the airport, he has always arrived a couple minutes after I call to let him know I’ve arrived – never leaves me waiting. All this, and the price is a bit … END_OF_DOCUMENT_TOKEN_TO_BE_REPLACED