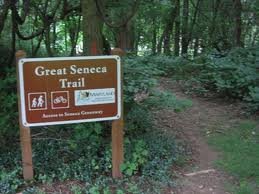 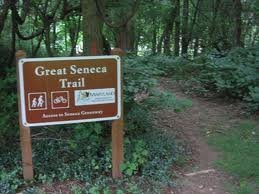 Germantown is described as a suburban community in Montgomery County close to Washington, DC. For the last 20 years, Germantown has gone through considerable development as shown by the proliferation of residential units, shopping establishments, dining places, and recreational facilities. If you need a ride between Germantown and the airport, please feel free to give us a call at Affinity Airport Sedan. We guarantee a reliable shuttle service in and around the Germantown area.

On the south of Germantown is Great Seneca Creek while on the north is Little Seneca Creek and Lake. Blackrock Road lies on the western part while Brink Road is on the eastern portion. The Montgomery County Government envisioned Germantown to be a “Corridor City” as a component of Interstate 270 which was built in the sixties. The concept behind this was to preserve the borders of the county, which were the wedges, as farmland and forests. The other phase of the plan was to limit construction of houses, enterprises and industries to the corridors which are areas near the highway. When development was started in 1972, Germantown was a mere agricultural village of only 1,000 residents. Today itt is the third most populated city in Maryland.

Menare Foundation, Maryland’s lone living history center, built Button Farm. It illustrates the 19th-century living conditions in a slave plantation and the remarkable epic of the Underground Railroad. Located on a sprawling lot (40 acres) within Seneca Creek State Park, the foundation entered into a long-term lease with Maryland Department of Natural Resources by way of the State Resident Curatorship Program.

Located at the Germantown Town Center, Black Rock Center of the Arts put up the Main and Terrace Galleries which showcase miscellaneous exhibits done by some of the best visual artists in Maryland. The two galleries are free and open to the public. The Milestone Shopping Center houses numerous commercial establishments which include retail giants Wal-mart and Target, Home Depot, Giant Food, Staples, Best Buy, Wegmans, and Pet Smart. If you need a car service from any airport to Germantown, call Affinity and allow us the opportunity to take care of all your local transportation and shuttle need

I’ve used Affinity on four different round trips to the airport. Jody is polite, on time, and most important, is a safe driver. When I’m relaxing or working on a trip to or from the airport, I don’t need to be in a NASCAR race or be ducking from near misses. Jody is an excellent driver. The van is clean and new. When I reserve a ride home from the airport, he has always arrived a couple minutes after I call to let him know I’ve arrived – never leaves me waiting. All this, and the price is a bit … END_OF_DOCUMENT_TOKEN_TO_BE_REPLACED