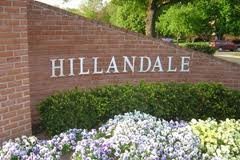 How Hillandale Was Developed

A big portion of Hillandale, owned by an entrepreneur during the Civil War, used to be known as Sitka Farm. This businessman became wealthy by engaging in the fur trade in Alaska. The farm later became Carmandale and was the site of commercial racehorse breeding. Another property named Avenel (now White Oak) was home to the National Theater’s owner, while a third estate was the site of an early golf course and dike.

In the thirties, developer Merritt Lockwood built a subdivision, and the Xaverian Brothers constructed a college and seminary. After a decade, the US Navy constructed its Naval Ordnance Laboratory in the area. The Hillandale Swim and Tennis Club opened in 1957. The next major development took place in the sixties in the form of Hillandale Shopping Center, Tower Department Store, and a pharmacy with a lunch counter. A second swimming pool (West Hillandale Swim Club) and the Crest Haven Elementary School opened in 1962.

Sometime between 1970 and the 1980s, Xaverian College was faced with financial problems, forcing the owner to sell the property to the American Federation of Labor and Congress of Industrial Organizations, specifically for the George Meany Center for Labor Studies. This institute later became the National Labor College. The Naval Ordnance Laboratory was shut down but the property remained with the federal government.

A large part of the community remained unchanged, but new schools were put up along with the Food and Drug Administration building. This building will be incorporated into a 130-acre lot occupied by the 660-acre White Oak Federal Research Center. This is projected for implementation by 2015.

White Oak Community Recreation Center, located in a 33,000 square feet site, is the biggest recreation facility in the county. The edifice houses a basketball court, fitness center, climbing wall, special rooms for art and culinary classes, and a banquet foyer. It opened on May 14, 2012.

The White Oak Community Center has a gymnasium with a seating capacity of 100 persons, a modern library with a computer lab, a meeting room with seating for 75 persons, a full-service kitchen, and dressing rooms for men and women. There is a neighborhood park within walking distance from the center.

Affinity Airport Sedan offers a reliable, hassle-free way to get you to your destination on time, so give us a call when you arrive and we’ll pick you up.

I’ve used Affinity on four different round trips to the airport. Jody is polite, on time, and most important, is a safe driver. When I’m relaxing or working on a trip to or from the airport, I don’t need to be in a NASCAR race or be ducking from near misses. Jody is an excellent driver. The van is clean and new. When I reserve a ride home from the airport, he has always arrived a couple minutes after I call to let him know I’ve arrived – never leaves me waiting. All this, and the price is a bit … END_OF_DOCUMENT_TOKEN_TO_BE_REPLACED