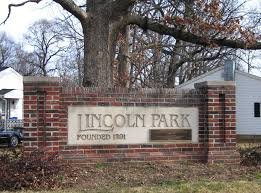 The neighborhood of Lincoln Park is found in Rockville, Maryland on the eastern side of the Baltimore and Ohio Railroad Tracks. Many of the residents attend Richard Montgomery High School. Lincoln Park was developed during the latter part of the 1890s. Today, Lincoln Park is considered a mix of low and moderate income families composed of more than 300 households. It has the character of a small town and this heritage symbolizes an essential component

in its makeover and renaissance. The city’s public housing agency known as Rockville Housing Enterprises owned 60 units of affordable housing units in this area. But it sold 56 of them in 2009.

A Union soldier, William Wallace Welsh settled in Rockville in 1865 and opened a general merchandise store near the Baltimore and Ohio Railways.  A number of his customers and staff became pioneer residents of Lincoln Park. Welsh became instrumental in the development of  Lincoln Park. Sales turned out to be brisk right from the start and by 1904; more than 60 percent of the property had  been sold out.

Lots had narrow front yards but are quite deep allowing enough space for a water well. Majority of the residents cultivate gardens, planted fruit trees and took care of animals in their properties. Except for the houses owned by Welsh which were rented out. Most of the units were simple two-story bungalows with a front veranda. More elaborate homes were constructed later which looked like (but less ornamental) than the large Victorian structures built at the west end portion of Rockville.

Original inhabitants of Lincoln Park still recall that many of the men worked in the nearby farmlands, Hickerson’s Mill and at the B&O Railroad. Some loaded and delivered coal, grain and wood while others were skilled painters and carpenters. Most of the women worked as domestic helpers in the wealthy households or hotels that accommodated guests coming from Washington DC. Lincoln Park continued to prosper until the late 1890s but remained physically secluded from Rockville.

If you need a ride from the airport while visiting the Rockville area and specifically Lincoln Park, call Affinity Airport Sedan right away to give you a ride.

I’ve used Affinity on four different round trips to the airport. Jody is polite, on time, and most important, is a safe driver. When I’m relaxing or working on a trip to or from the airport, I don’t need to be in a NASCAR race or be ducking from near misses. Jody is an excellent driver. The van is clean and new. When I reserve a ride home from the airport, he has always arrived a couple minutes after I call to let him know I’ve arrived – never leaves me waiting. All this, and the price is a bit … END_OF_DOCUMENT_TOKEN_TO_BE_REPLACED