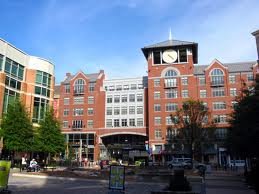 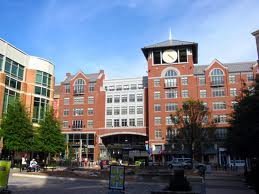 Rockville has been described as one of the small but vibrant cities in the United States. It is business-friendly and home to several prominent bio-med and technology corporations as well as federal agencies. Rockville is the county seat located at the central part of Montgomery County and is the third biggest incorporated city in Maryland next to Baltimore and Frederick.

If your travel plans bring you

to the City of Rockville, remember Affinity Airport Sedan. Our friendly, personal shuttle service can get you to and from the airport trouble-free. Sit back, relax, and enjoy the ride.

Rockville is at the center of Interstate 270 Technology Corridor. You can find several upscale shopping centers in this metropolitan area—the city is one of the principal retail hubs in this county. The Seneca and Conestoga Indian tribes that migrated from Pennsylvania and New York were among the first settlers in Rockville, though the majority of these original dwellers were driven away by colonists from Europe during the 1700s. The native population carved a path on the high ground also known during that time as Sinequa Trail. This area is now the modern business district of Rockville.

The Maryland Assembly established the standard of 20 feet for major roads such as Rock Creek Main Road. By the middle of the 18th century, Lawrence Owen opened a small inn called Owen’s Ordinary. According to history, Major General Edward Braddock stopped by this tavern on a mission from George Town (Washington DC) to push for British claims of the western frontier. Arthur Nelson acquired initial land government grants in the Rockville area from 1717 until 1735, and the first permanent structures were constructed in 30 years. As a small and unincorporated town, the early Rockville was also called Hungerford’s Tavern and Daley’s Tavern. In September of 1776, the southern part of the county, including Rockville, was named Montgomery County.

In 2004, the Rockville Town Square, including commercial buildings and residential areas, was renovated while the city library was relocated. Rockville Town Center now consists of modern boutiques, restaurants, condominiums, apartments, fountains, and the new Rockville Library. The headquarters of the U.S. Public Health Service is located on Montrose Road, while the U.S. Nuclear Regulatory Commission is just south of the city’s corporate limits. The Music Center at Strathmore opened in February of 2005. It is the second home of the Baltimore Symphony Orchestra.

I’ve used Affinity on four different round trips to the airport. Jody is polite, on time, and most important, is a safe driver. When I’m relaxing or working on a trip to or from the airport, I don’t need to be in a NASCAR race or be ducking from near misses. Jody is an excellent driver. The van is clean and new. When I reserve a ride home from the airport, he has always arrived a couple minutes after I call to let him know I’ve arrived – never leaves me waiting. All this, and the price is a bit … END_OF_DOCUMENT_TOKEN_TO_BE_REPLACED