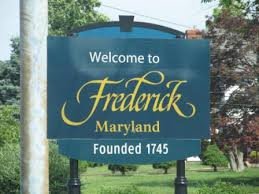 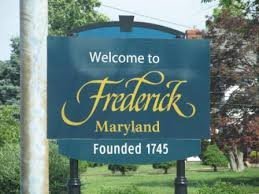 Frederick, Maryland is a city about 50 miles north of Washington, D.C. It’s Maryland’s second most populated city, after Baltimore.

If you need a ride to Frederick from any D.C.-area airport, just schedule a pick-up with Affinity Airport Sedan. Our punctual, professional ground transportation service can get you exactly where you need to be. So when you next need a lift, skip the taxi line, and just call Affinity!

Frederick was settled by German immigrants in the mid-1700s. By the mid 1800s, it was a major mining area, producing, iron, marble, limestone, gold, and copper, along with other minerals. Because of its location, both Union and Confederate troops were led directly through the city during the Civil War. Many slaves eventually fled the area to fight with the Union, and the city was the site of a speech delivered by President Abraham Lincoln after the Battle of Antietam.

Located in Frederick County in northern Maryland, the city of Frederick is situated along several different interstates. It sits west of Baltimore and north of D.C.

Today, Frederick’s downtown area boasts numerous ethnically diverse restaurants, along with retailers and antique shops. Its economy is greatly boosted by its proximity to Washington, D.C. As such, it’s home to over 600 businesses and organizations. In addition, the city is a center for cancer research. Many of Frederick’s houses were built in the 19th or 20th centuries as row houses or duplexes. And the city’s downtown skyline is filled with spires from its numerous historic churches. In 2010, the older portion of the city was named one of the greatest cities in the Unites States by Forbes magazine.

An artistic and cultural area, downtown Frederick is home to several art galleries, dance studios, theaters, and the Maryland Shakespeare Festival. The Maryland Ensemble Theatre and the Frederick Symphony Orchestra are also located within the city.

If you’re headed to Frederick, have a wonderful stay. And for a reliable ride there, just call Affinity!

I’ve used Affinity on four different round trips to the airport. Jody is polite, on time, and most important, is a safe driver. When I’m relaxing or working on a trip to or from the airport, I don’t need to be in a NASCAR race or be ducking from near misses. Jody is an excellent driver. The van is clean and new. When I reserve a ride home from the airport, he has always arrived a couple minutes after I call to let him know I’ve arrived – never leaves me waiting. All this, and the price is a bit … END_OF_DOCUMENT_TOKEN_TO_BE_REPLACED