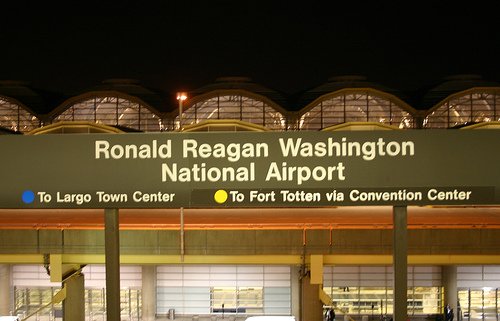 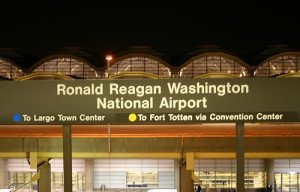 If you’re one of the millions of visitors flying into National Airport when you visit the D.C. area, call Affinity Airport Sedan to pick you up and get you to your destination in D.C., Maryland, or northern Virginia. Unlike many ground transportation companies, we offer an individual car service, instead of a multi-person shuttle. So you’ll get where you’re going quickly and hassle-free without multiple stops along the way.  Give us a call today for your ground transportation needs!

Washington National Airport opened in 1941 to fulfill the need for a high-functioning airport near the District. At the time, it was considered a state of the art facility in terms of technological developments and building design. In its first year, 344,257 passengers flew out of the new airport.

Located in Arlington County, Virginia, part of the airport was constructed within the grounds of Abingdon plantation, the birthplace of President George Washington’s granddaughter, Eleanor.  As such, several indoor and outdoor displays at Washington National commemorate this history.

In 1998, its name was changed to Ronald Reagan Washington National Airport in honor of the former president on his 87th birthday.

In 2012 alone, the airport accommodated nearly 20 million passengers. Planes landing at Washington National follow a river visual approach along the Potomac, giving visitors breathtaking views of local landmarks, including the Washington Monument on the left and the Air Force Memorial to the right.

The airport is currently undergoing $37 million worth of renovations to brighten and modernize its look that are expected to be completed at the end of 2013.

If you’re flying to or from Ronald Reagan Washington National Airport, call Affinity Airport Sedan to give you a lift! After all, travel can be stressful enough. Leave your ground transportation needs to Affinity!

I’ve used Affinity on four different round trips to the airport. Jody is polite, on time, and most important, is a safe driver. When I’m relaxing or working on a trip to or from the airport, I don’t need to be in a NASCAR race or be ducking from near misses. Jody is an excellent driver. The van is clean and new. When I reserve a ride home from the airport, he has always arrived a couple minutes after I call to let him know I’ve arrived – never leaves me waiting. All this, and the price is a bit … END_OF_DOCUMENT_TOKEN_TO_BE_REPLACED