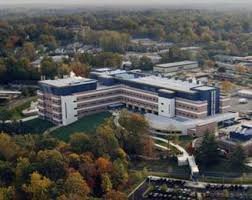 Forest Glen is one of the numerous communities in one of Maryland’s suburbs in DC. It was named after the forested and narrow valley that extends from a small brook in Carroll Springs to Rock Creek. This area is approximately 400 feet higher than the average altitude of the region which accommodates better drainage and stays cooler  than many parts of Washington.

Forest Glen is a historic district and remains a popular destination for local residents and visitors alike. If your travel plans bring you to Forest Glen, call Affinity Airport Sedan of in Maryland, DC, or Virginia for a ride there. Our reliable, personal ground transportation service can do the driving; so instead of fighting traffic, you can sit back, relax, and enjoy the sights.

Forest Glen used to be a royal manor grant to Colonel William Joseph in 1689. It was named Joseph’s Park until the Colonel went back to England and sold it to Major John Bradford. Daniel Carroll purchased the property in the mid-18th century. When he died, the widow and her two sons (Daniel II and John) moved there in 1751. Her two sons settled in Forest Glen in 1774. Daniel II was one of the signatories of the American Constitution while John became the first Catholic Archbishop of America. Alfred Ray acquired the Forest Glen highlands in 1863 and transformed it into a model farm using modern technology in agriculture. However, Alfred sold it to Seymour Tullock and the Forest Glen Improvement Company in 1887. The company initiated all the developments in Forest Glen.

The Annex is a sprawling lot, which is 136 acres in all, and houses the Walter Reed Army Institute of Research and the Naval Medical Research Center. Research facilities, Post Exchange, commissary, outdoor recreation area, and veterinary treatment institute can be found in the Daniel K. Inouye Building. In 2011, the Forest Glen Annex also became the home of the National Museum of Health and Medicine and Joint Center of Excellence in Infectious Disease Research. This property was procured by the United States Army during the Second World War. Meanwhile, the Forest Glen Annex campus including the 27-acre National Park Seminary Historic District was developed independently from the military reservation. During the latter part of the nineties, Senator Paul Sarbanes moved that funds be channeled for the development of the old National Park College. If you have plans to visit Forest Glen, have a wonderful stay. Just call Affinity Airport Sedan for a comfortable ride.

I’ve used Affinity on four different round trips to the airport. Jody is polite, on time, and most important, is a safe driver. When I’m relaxing or working on a trip to or from the airport, I don’t need to be in a NASCAR race or be ducking from near misses. Jody is an excellent driver. The van is clean and new. When I reserve a ride home from the airport, he has always arrived a couple minutes after I call to let him know I’ve arrived – never leaves me waiting. All this, and the price is a bit … END_OF_DOCUMENT_TOKEN_TO_BE_REPLACED