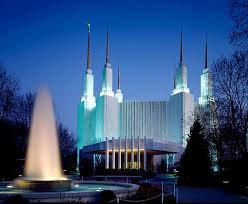 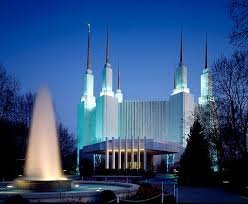 If you’re visiting the Maryland area, make sure to check out the temple’s breathtaking grounds. And for a ride there, you can rely on Affinity Airport Sedan. Our personal, convenient car service can pick you up and get you there so you can explore the temple – and leave the driving to us.

About the Washington, D.C. Temple

Dedicated in 1974 and constructed by the Church of the Latter-day Saints, the temple was the 16th operating LDS church and the first built east of the Mississippi River after 1846. Its open house attracted over 750,000 people, including government officials and international dignitaries.

With it’s tall, gold spires that are seen prominently from the Capital Beltway, the temple is a well-known landmark in the D.C. region. And the temple’s frequent concerts, lectures, exhibits, and events continue to draw massive crowds. Its annual Festival of Lights is perhaps the Temples’ most anticipated celebration, as millions lights cover the scenic church grounds each December, in addition to nightly performances.

The edifice itself is 160,000 square feet, making it the third largest LDS temple. It boasts six spires, based on the Salt Lake Temple design, and each of the spires is coated in 24-carat gold. The temple’s outer walls are covered white Alabama marble that’s shaved thin enough over the windows for light to shine through. And an angel statue perched at the highest point of the temple stands 18 feet tall and weighs two tons. The temple was built on 57 acres of forested land, though only 11 acres were cleared so the grounds feel peaceful and remote.

Want to experience the retreat-like Washington, D.C. Temple grounds? Don’t worry about transportation. Just sit back, relax, and call Affinity to get you there.

I’ve used Affinity on four different round trips to the airport. Jody is polite, on time, and most important, is a safe driver. When I’m relaxing or working on a trip to or from the airport, I don’t need to be in a NASCAR race or be ducking from near misses. Jody is an excellent driver. The van is clean and new. When I reserve a ride home from the airport, he has always arrived a couple minutes after I call to let him know I’ve arrived – never leaves me waiting. All this, and the price is a bit … END_OF_DOCUMENT_TOKEN_TO_BE_REPLACED