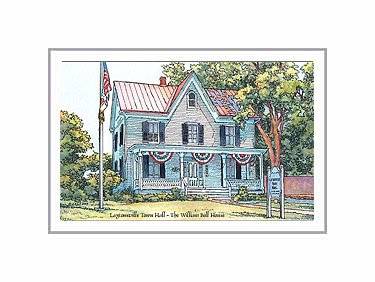 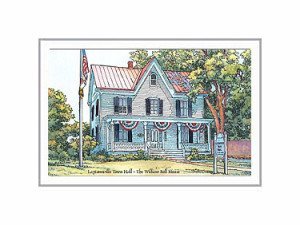 Laytonsville is one of the smaller municipalities in Montgomery County, Maryland. It used to be called Cracklintown which came from “cracklin’ bread”, which is one of the original baked delicacies in the locality. The crossroads of Laytonsville’s northern district goes directly to the principal urban areas of the state. These include Damascus and Frederick County in the east to Baltimore, southward to Washington, D.C. and west of the Potomac River.

If you would like to visit Laytonsville, you will surely need a ride. Arrange for a pick-up from the airport with Affinity Airport Sedan for all your transportation needs in the DC Metro area.

Laytonsville stretches behind the unspecified borders of Sandy Spring. The town extends over the huge estate which was once owned by Quaker pioneer James Brooke. However, it never became “Quaker country.” Anglicans and Methodists joined Sandy Spring social events and business activities as well as farmers’ clubs and other organizations. There were also a lot of intermarriages during that time.

John Layton put up a brick farmhouse in 1785 on the site where the present-day Laytonsville is located. An old tavern, general store, tailor shop, and the St. Bartholomew’s Episcopal Church made up the ephemeral Cracklin Town. The town started to progress in the 1840s with the construction of several stores, business establishments and residential houses. A post office was finally built in 1861 while a Methodist Church was established in 1867. Laytonsville farmers were blessed with very fertile loam soil which does not dry out very quickly making it an ideal farming land.

While visiting Laytonsville, you can take the opportunity to visit popular attractions near the town. Clara Barton National Historic Site is one. The National Park Service renovated 11 rooms including the bedroom of Clara Barton, living rooms, and Red Cross offices. Another popular tourist spot is the Battleground National Cemetery which is 17 miles away from Laytonsville. This military cemetery lies along Georgia Avenue close to Fort Stevens. It is managed by the National Park Service. Congressional Country Club is a country club and golf course in Bethesda. It was established in 1924 and has hosted many prestigious tournaments including the U.S. Open several times.

If your travels bring you to Laytonsville or any other town in the D.C. area, keep in mind Affinity Airport Sedan. We will pick you up on time and get you to your destination safely throughout the DC Metro Area. 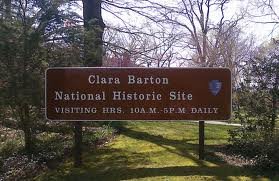 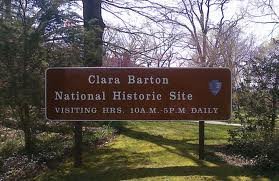 While most people are familiar with the humanitarian efforts of American Red Cross, few know much about its origins.  If you’re visiting the Maryland area, take some time to check out the former home of Clara Barton, founder of this renowned organization.

Interested in exploring the Clara Barton National Historic Site? Call Affinity Airport Sedan for a ride there! Our professional car service can get you to this celebrated home where Barton launched her efforts to bring aid to millions of people across the country and around the globe.

I’ve used Affinity on four different round trips to the airport. Jody is polite, on time, and most important, is a safe driver. When I’m relaxing or working on a trip to or from the airport, I don’t need to be in a NASCAR race or be ducking from near misses. Jody is an excellent driver. The van is clean and new. When I reserve a ride home from the airport, he has always arrived a couple minutes after I call to let him know I’ve arrived – never leaves me waiting. All this, and the price is a bit … END_OF_DOCUMENT_TOKEN_TO_BE_REPLACED