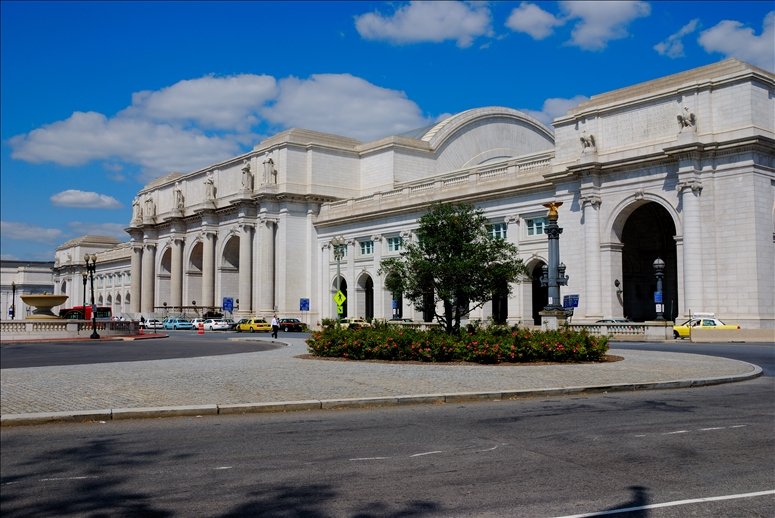 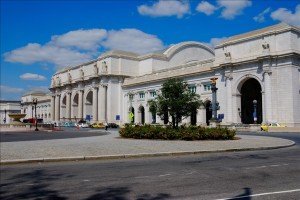 Union Station is Washington D.C.’s major train station and the national headquarters for passenger rail service, Amtrak. It’s one of the country’s most utilized train stations.

If you are visiting Washington, D.C. via Union Station, chances are you’ll need a ride when you arrive. Bypass long taxi lines, and schedule a pick-up with Affinity Airport Sedan! Our professional, reliable ground transportation service can get you to your D.C., Maryland, or northern Virginia destination on time and worry free.

Union Station opened its doors in 1907. Conveniently located just five blocks from the United States Capitol, it soon became the most prominent gateway to Washington, D.C. At its height of popularity, during World War II, Union Station routinely saw 200,000 visitors per day.

After a period of decline, 1981 legislation ordered the restoration of Union Station to preserve its status as a national treasure. The $160 million project was completed in 1988 and was the country’s largest ever public/ private restoration endeavor.

Today, 40 million people visit Union Station each year. The train station is served by Amtrak, along with commuter railways, MARC and VRE, that take passengers to Maryland, Virginia, and West Virginia.  In addition, several bus lines, including Greyhound, Peter Pan, and Megabus, also operate out of the station. In 2012, a $7 billion plan was announced that would cover renovations to the building in an effort to triple the number of passengers using the facility each year.

In addition to serving as a transportation center, Union Station is also home to several retail shops, restaurants, and eateries.

Happy travels to Union Station. And for a personal, dependable ride when you arrive, just call Affinity!

I’ve used Affinity on four different round trips to the airport. Jody is polite, on time, and most important, is a safe driver. When I’m relaxing or working on a trip to or from the airport, I don’t need to be in a NASCAR race or be ducking from near misses. Jody is an excellent driver. The van is clean and new. When I reserve a ride home from the airport, he has always arrived a couple minutes after I call to let him know I’ve arrived – never leaves me waiting. All this, and the price is a bit … END_OF_DOCUMENT_TOKEN_TO_BE_REPLACED